Beacon Hose has been busy over the last few months on Route 8, where several motor vehicle accidents have occurred. Here are summaries of a few of the events (with photos).

Just after midnight on Friday, Oct. 23, Beacon Hose responded to a report of a motor vehicle accident on the Route 8 North on-ramp with possible entrapment and fire.

Chief Jim Trzaski arrived on scene and confirmed a one-vehicle accident with the vehicle on the roof and the occupant trapped. The fire was extinguished by an off-duty volunteer firefighter from New York. Engine 3, Rescue 4 and BH-7 quickly responded to the scene.

The 14 members who responded simultaneously secured the vehicle, supplied a charged fire hose for protection, set up the Jaws of Life and gained access to the victim. The patient was extricated from the vehicle within four minutes and transferred to Beacon Hose EMS before an AMR paramedic intercepted for transport to Waterbury Hospital.

Route 8 North was shut down for approximately a half-hour while crews performed the extrication and police surveyed the scene. The patient was semi-conscious and suffered from non-life-threatening injuries. Preliminary reports concluded that the vehicle appeared to be traveling at high speed along North Main Street. When the road ended at Church Street, the vehicle continued through a chain-link fence and a heavily wooded area before flipping onto the highway.

Beacon Hose members should be commended for a quick and competent response. 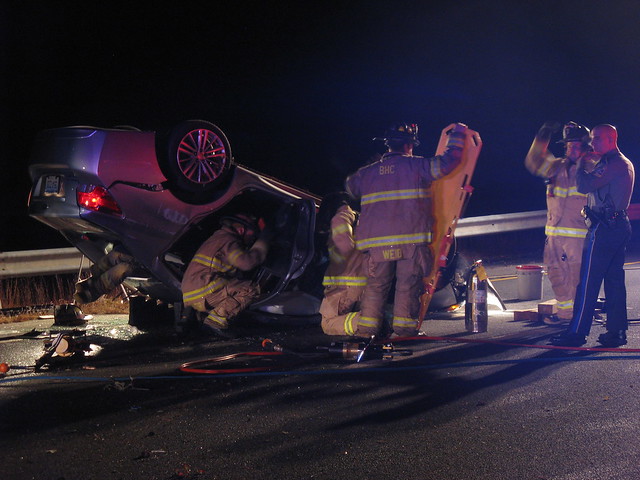 Beacon Hose responded a little after midnight Nov. 6 to a dispatch for a vehicle down the embankment of Route 8 South one mile north of the Exit 24 off-ramp.

Chief Jim Trzaski arrived on scene and reported one vehicle off the roadway with no injuries. Ten members responded to the scene and closed down the right lane while the accident was investigated and cleaned up. The vehicle took out about 150 feet of guardrail and came to a stop about 25 feet short of the Naugatuck River.

The highway remained open throughout the duration of the response and the scene was completely cleared before 2 a.m. 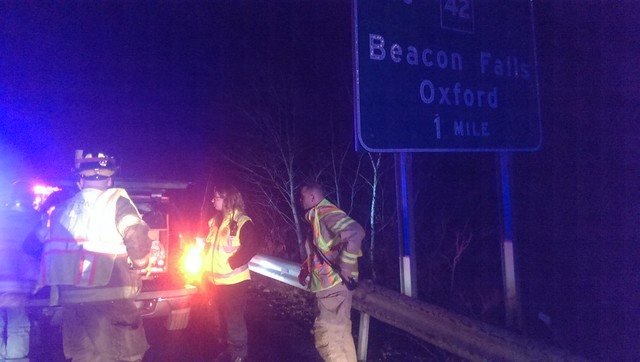 Beacon Hose responded to yet another crash on Route 8 on the afternoon of Nov. 12. A woman who appeared to be in her late 20s was ejected from her vehicle on Route 8 South just south of Exit 25.

She lost control of her vehicle going through the S-curve section of the highway, veered off the left side of the road, went up the embankment and rolled over. It appeared as though she was ejected through the driver’s side window because she was not wearing a seat belt. She was conscious and was taken to Waterbury Hospital with what appeared to be significant, but not life-threatening injuries.

The left lane of the highway was closed for a little less than an hour while we cleaned up the scene.

This is the fourth wreck Beacon Hose has responded to on Route 8 in Beacon Falls in the last two and a half weeks. We also responded to crashes on Oct. 23, Nov. 2 and Nov. 6.

We remind drivers to please slow down, especially around the S-curve section, drive at a safe speed for the road conditions and wear a seat belt. 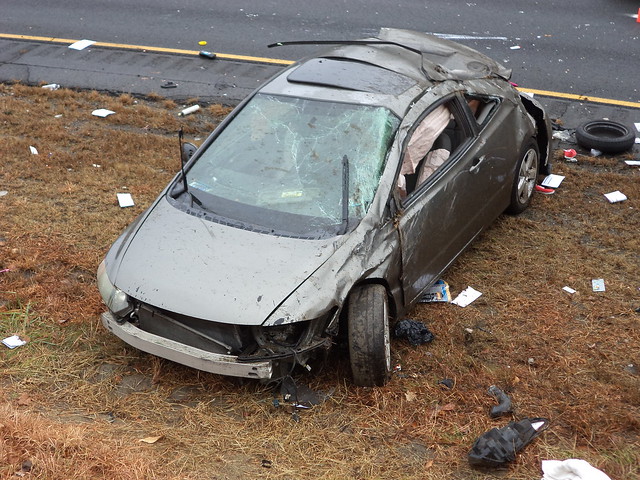