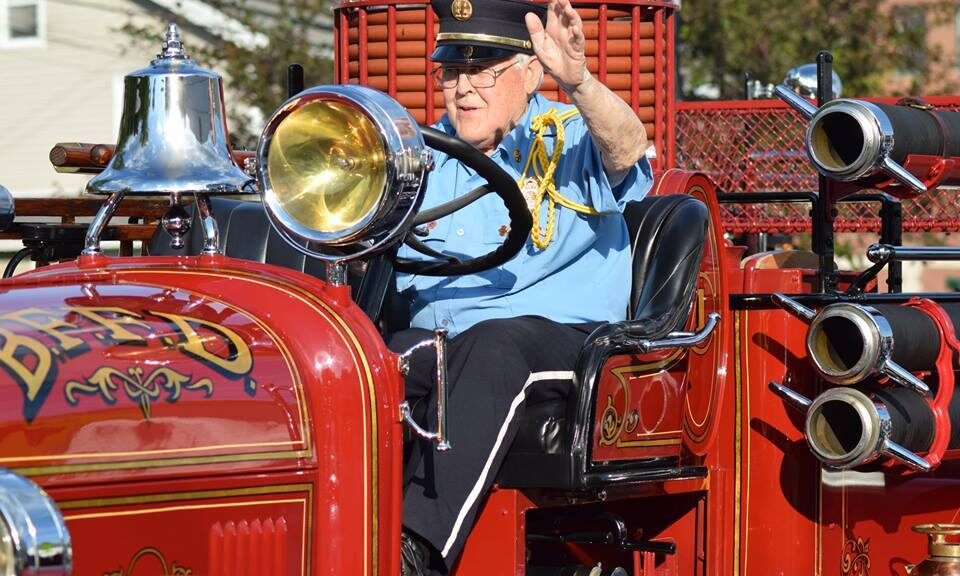 We at Beacon Hose are brokenhearted and regretful to announce that Robert Messner, the longest-serving member in the history of our fire department, died peacefully at his home March 2, 2021, after a long illness. He was 91 years old, and he was a member of Beacon Hose for nearly 63 years.

Bob joined Beacon Hose in July 1958 and had been a fixture in our firehouse since then. He was not only a dedicated firefighter for many years, but he was a master mechanic who worked for the Connecticut Department of Transportation. He carried those skills here to Beacon Hose with his work on our beloved 1929 Seagrave and countless apparatus replacement committees. He was a role model for our members and engineers for decades — Past Chief Ted Smith said that Bob was a “top-notch mechanic” who “taught me everything I know about the Seagrave.”

His craftsmanship was also second to none — he created several wooden replicas of the Seagrave that the few veteran members lucky enough to own them cherish like no other Beacon Hose memorabilia. He built those replicas in the workshop he would set up while camping in retirement all around the country.

Over the past couple of decades, Bob maintained active status by serving as the longtime captain of our fire police unit. He helped develop the Beacon Hose fire police from a few guys with flashlights into a valuable group that protected the safety of our responders and bystanders at emergency scenes. Under his leadership, our fire police also began a Fire Prevention Week food drive to benefit our local food banks that continues to this day.

He served as fire police captain until he retired from the position in 2019, and we named him fire police captain emeritus at our 2019 Installation of Officers banquet. At the same ceremony, he received multiple standing ovations as he was honored with the prestigious Golden Shamrock and Bologna Sandwich awards.

Nobody commanded more respect in a room at Beacon Hose than Bob, who was soft-spoken but had a wealth of information that our members loved to learn at every opportunity. We were incredibly lucky to have Bob join us at our Old Timers Brunch last fall, where he shared just a little bit of that knowledge with us (we’ll share some of them with everyone soon).

Bob leaves behind his beloved wife of 70 years, Betty — those two were staples together at our carnival raffle table for many years — along with his children, grandchildren, and great-grandchildren. Click here to read his obituary.

Here is the video we used to honor Bob at the 2019 Installation of Officers banquet, which marked his 61st year of service and official retirement from active response.

Beacon Hose was proud to memorialize Captain Messner during services March 6. In addition to ceremonies at the Alderson-Ford Funeral Home in Naugatuck, Beacon Hose honored Bob with a funeral procession through downtown Beacon Falls.

Captain Messner rode on the 1929 Seagrave he loved so much. He received a last call on the radio, and his great-grandchildren participated in the ceremonial bellringing.

We appreciate everyone who paid respects to Captain Messner, and our love continues to go out to Bob’s family and friends. Rest in peace, Captain Messner.