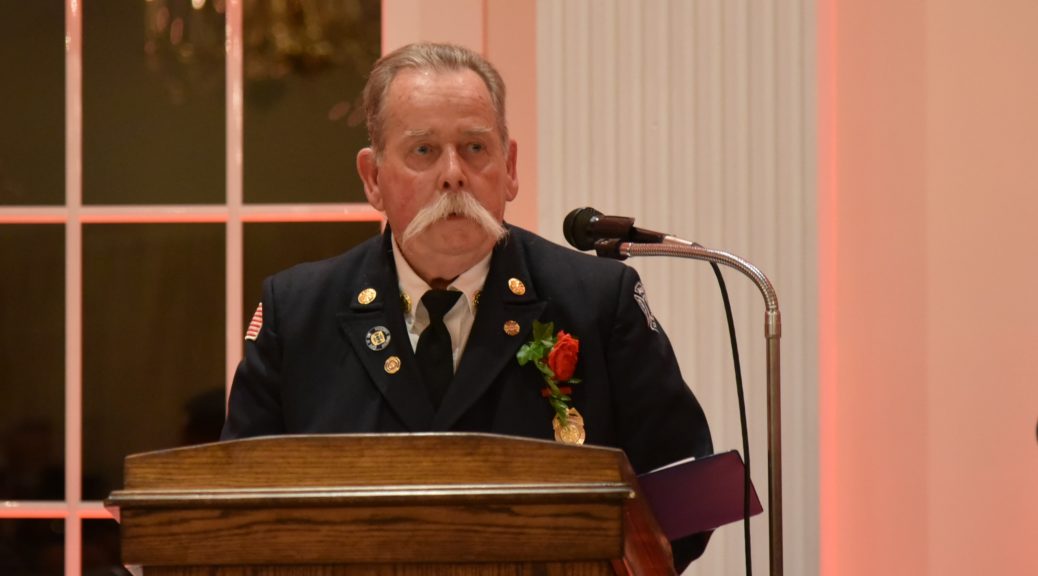 Beacon Hose is heartbroken and devastated to announce the passing of Past Chief Ted Smith — a man who was quite simply a legend in the Connecticut fire service. Chief Smith died Saturday, shortly after a medical procedure. He lived every single bit of 75 years — the last 51 of which were spent at Beacon Hose.

Chief Smith joined Beacon Hose in August 1970, but he had been involved with our fire department for much longer than that. He was the son of Past Chief Arthur Smith, who led Beacaon Hose from 1956-61, and frequented the firehouse throughout that time.

After joining Beacon Hose in 1970, Teddy soon became one of our department’s first EMTs. He first became an officer as a lieutenant under Joe Daddona in 1986, rose to the rank of captain under Tom Pratt and Bob Cole, and spent five years as assistant chief under Billy Lee. Finally, Ted served as chief from 1997-2000, completing the first father-son chief combination in Beacon Hose history.

We view Chief Smith as a transitional fire chief in our department’s history. He combined his old-school firefighting skills and values with new techniques and technology to bring Beacon Hose into the 21st century. In 2000, he decided to step down as chief because he “thought five-year terms were too much. I would have run again, but I figured I already did five years with Billy Lee. He always said, ‘I’ll run the meeting, you run the fires and the social events.’”

Chief Smith’s impact stretched far beyond Beacon Hose. He was a member of the CSFA for more than 25 years, as well as a past president of the Valley Fire Chiefs Association and the New Haven County Fire Chiefs Association. He was the chairman of the Valley Fire School Building Committee since 2000 — he spent more than 20 years on what was originally supposed to be a four-year project.

Ted Smith was one of the most respected, dedicated, and impactful men not only in the history of Beacon Hose, but of the entire fire service in the Valley and around the state. That fact was recognized in 2018 when he was inducted into the Connecticut State Firefighters Association Hall of Fame.

There will be no shortage of stories told, drinks shared, and tributes from across the state to Past Chief Ted Smith over these next few days and weeks — all of them will be well deserved.

No words will be enough to describe what he meant to all of us at Beacon Hose — there is no beginning to explain how thankful we are to have had him for so long. Godspeed, Chief — we will take it from here.

Ceremonies to honor Past Chief Smith will be held this Saturday, June 12 at Beacon Hose (35 North Main Street, Beacon Falls). Members of the fire service are invited to participate. A procession carrying Chief Smith on our 1929 Seagrave will begin promptly at 9:15 a.m. from the commuter parking lot opposite Gabe’s Automotive (100 North Main Street) and continue to Beacon Hose for a bell-ringing tribute. Companies attending may bring limited apparatuses to participate in the procession; those in uniform will be asked to line the street in front of the firehouse. Any companies planning on participating in the procession for Chief Smith are asked to contact Kyle Brennan at kbrennan@beaconhose.com or 203-490-8929, or contact another Beacon Hose member.

Calling hours and additional ceremonies will then be held at Beacon Hose from 10 a.m. until 12 p.m., followed by a reception to family, friends, and fire service members will be invited. Burial will be private at a later date.

One thought on “BHC Mourns Passing of Past Chief Ted Smith, CSFA Hall of Famer”