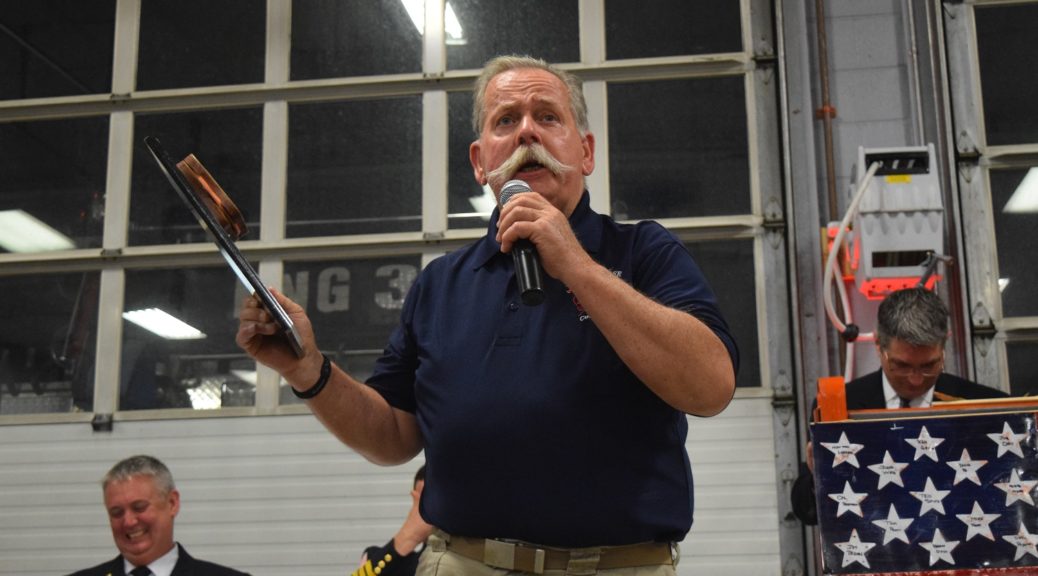 Beacon Hose is unbelievably proud, excited and honored to announce that Past Chief Ted Smith has been selected for enshrinement in the Connecticut State Firefighters Association Hall of Fame! Chief Smith was part of the 10th class of inductees honored April 5, 2018, at the Aqua Turf in Southington.

Teddy is the son of Past Chief Arthur Smith, who served as chief from 1956-61. Ted joined Beacon Hose in 1970, and he soon became one of our department’s first EMTs. He first became an officer as a lieutenant under Joe Daddona in 1986, rose to the rank of captain under Tom Pratt and Bob Cole, and spent five years as assistant chief under Billy Lee. Finally, Ted served as chief from 1997-2000, completing the first father-son chief combination in Beacon Hose history.

We view Chief Smith as a transitional fire chief in our department’s history. He combined his old-school firefighting skills and values with new techniques and technology to bring Beacon Hose into the 21st century. In 2000, he decided to step down as chief because he “thought five-year terms were too much. I would have run again, but I figured I already did five years with Billy Lee. He always said, ‘I’ll run the meeting, you run the fires and the social events.'”

Chief Smith’s impact has stretched far beyond Beacon Hose. He has been a member of the CSFA for more than 25 years. He is a past president of the Valley Fire Chiefs Association and the New Haven County Fire Chiefs Association. He has been the chairman of the Valley Fire School Building Committee since 2000 — he’s now 18 years into what was originally supposed to be a four-year project, and we’re hopeful that the state finally approves bonding for its construction later this year.

Ted Smith is one of the most respected, dedicated, and impactful men not only in the history of Beacon Hose, but of the entire fire service in the Valley and around the state. There is no man more deserving of this honor than Chief Smith, and we are thrilled that he has received this well-deserved recognition.