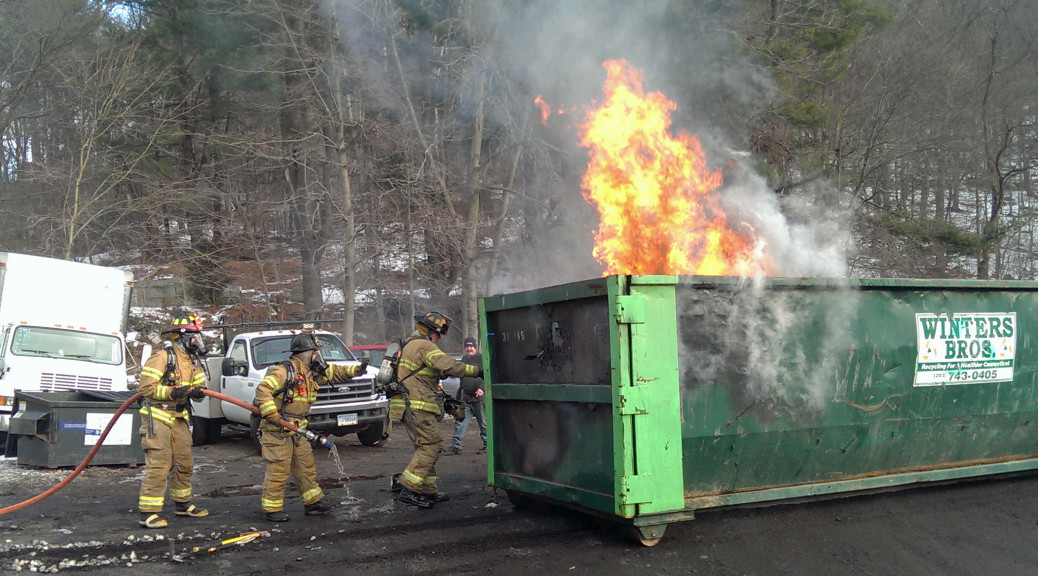 Beacon Hose responded Feb. 19 at 4:30 p.m. to Station-Glo on Noe Place and South Main Street for a dumpster fire.

Engine 3 was first on scene with a full crew and worked to open the dumpster to extinguish the fire. Engine 2 and Rescue 4 both joined the scene shortly afterwards.

The situation could have been much worse if not for the quick thinking of a friend of our department, Eric Weid, the nephew of 2nd Lt. John Weid. He was alerted to a fire in the dumpster, which was situated directly next to the structure. He hooked up the dumpster to an Ace Auto wrecker and pulled it to the middle of the parking lot before we arrived, a move which likely saved the structure in its entirety.

Make sure to watch in HD!